A new home means a new routine.? Let’s review.? In the last 3 months I’ve quit my job, moved to Arizona, and am living with my parents (temporarily).? That’s a lot of change for someone who typically doesn’t like change.

This latest move also means that #OhLucy can’t go to preschool as she did before.? In my new area, she needs to be 3 years old and potty trained.? They actually said they’d be able to work with the age thing (turns 3 in June) but the potty training… yeah, that’s a no-go.? And #OhLucy is pretty much telling me #HellNoImNotGoing when we talk about it.? Sigh. 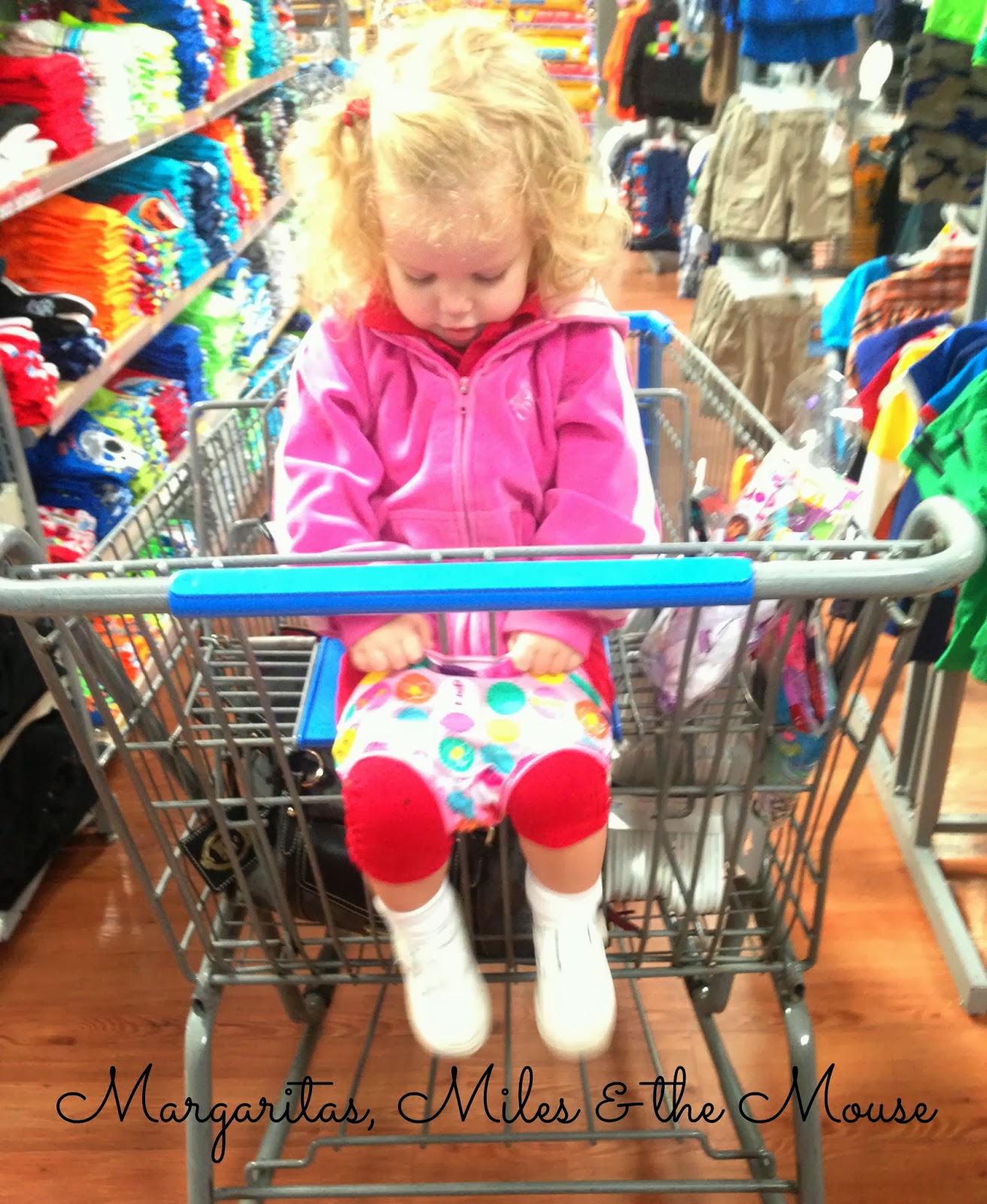 That’s ok, this ain’t my first rodeo!? I know she will get there when she gets there.? In the meantime, I have to work out how I’m going to get my training runs in.

My trusty BRF, Treadmill, is locked up in the storage sheds.? There’s just not a spare place to stash it here so my nap time runs are out.? This will be remedied when we move into our own house at the end of the month, but, yeah, I have 2 half marathons and a 10K to complete BEFORE that happens.

I’ve had to resort to… dun dun dun… the jogging stroller. 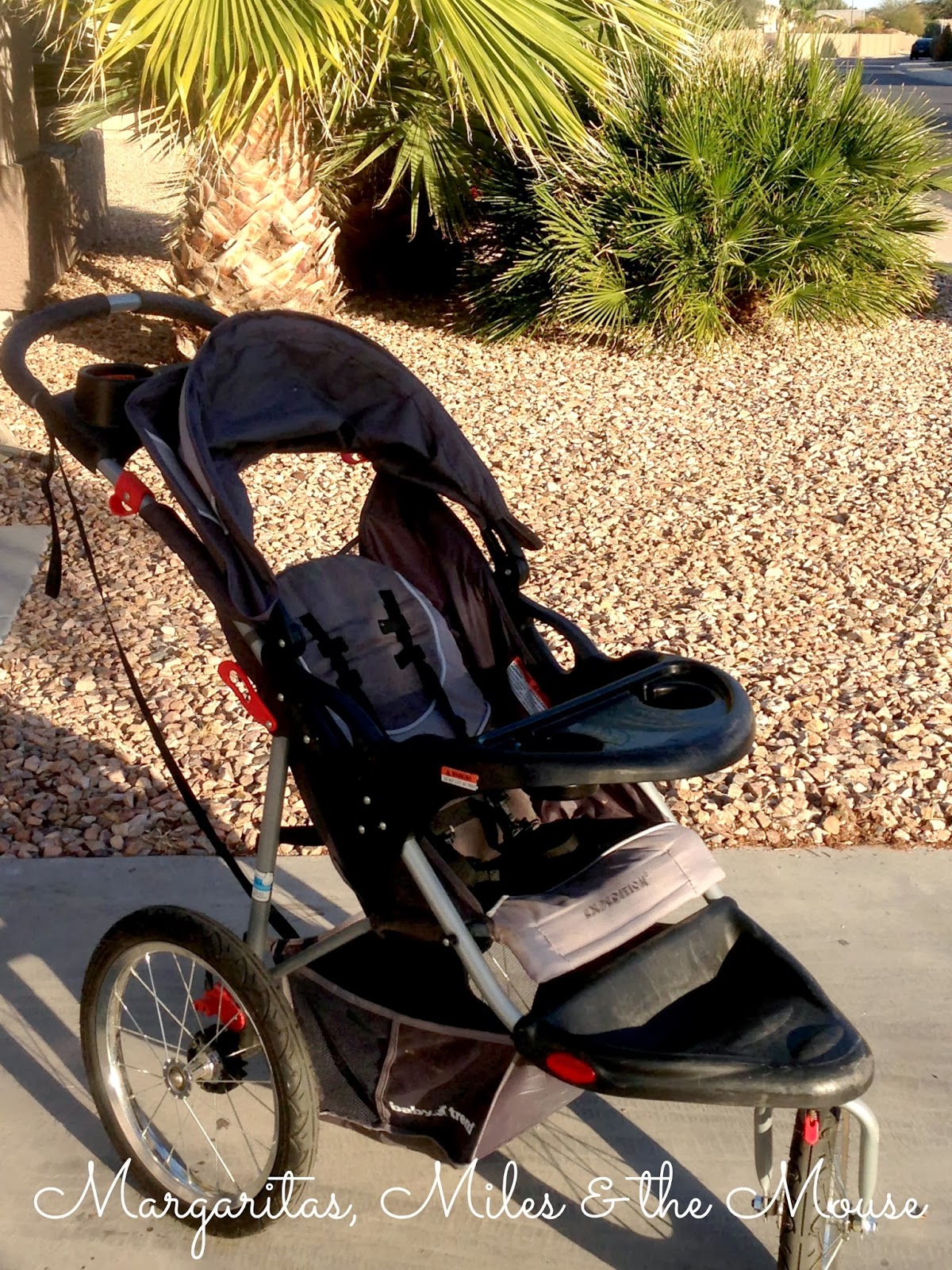 Y’all, I’m not a fan.? Never have been.? Mostly because I’m running with a little person who still thinks they need my attention- like- all the time. ? So there’s lots of interruptions and stops.? I don’t want to be “that mom” who’s zoned out, headphones in, ignoring their kid while they run.? But I’ll confess that I run not because I love it, and not because it’s helping me lose weight (bahahaha! Side note: seems the more halves I do the more I GAIN).

I run because it allows me to do something just for me.? It’s selfish.? And I love that aspect about it.

So there you have it.? I truly do not like to run WITH my kids.? At least not the ones in the strollers.? The others are pretty cool and I don’t mind taking them out here and there for a short run. They seem to embrace the good ol’ mantra: 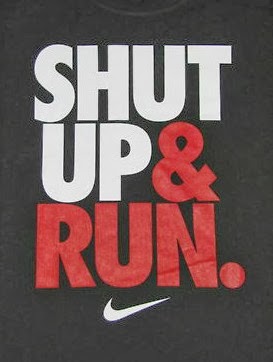 To add to my alone time infrigement, I decided I’d throw in one of the dogs for a running partner as well.? I know, I know, what was I thinking?? But he’s sooooo cute!? Meet Ranger. 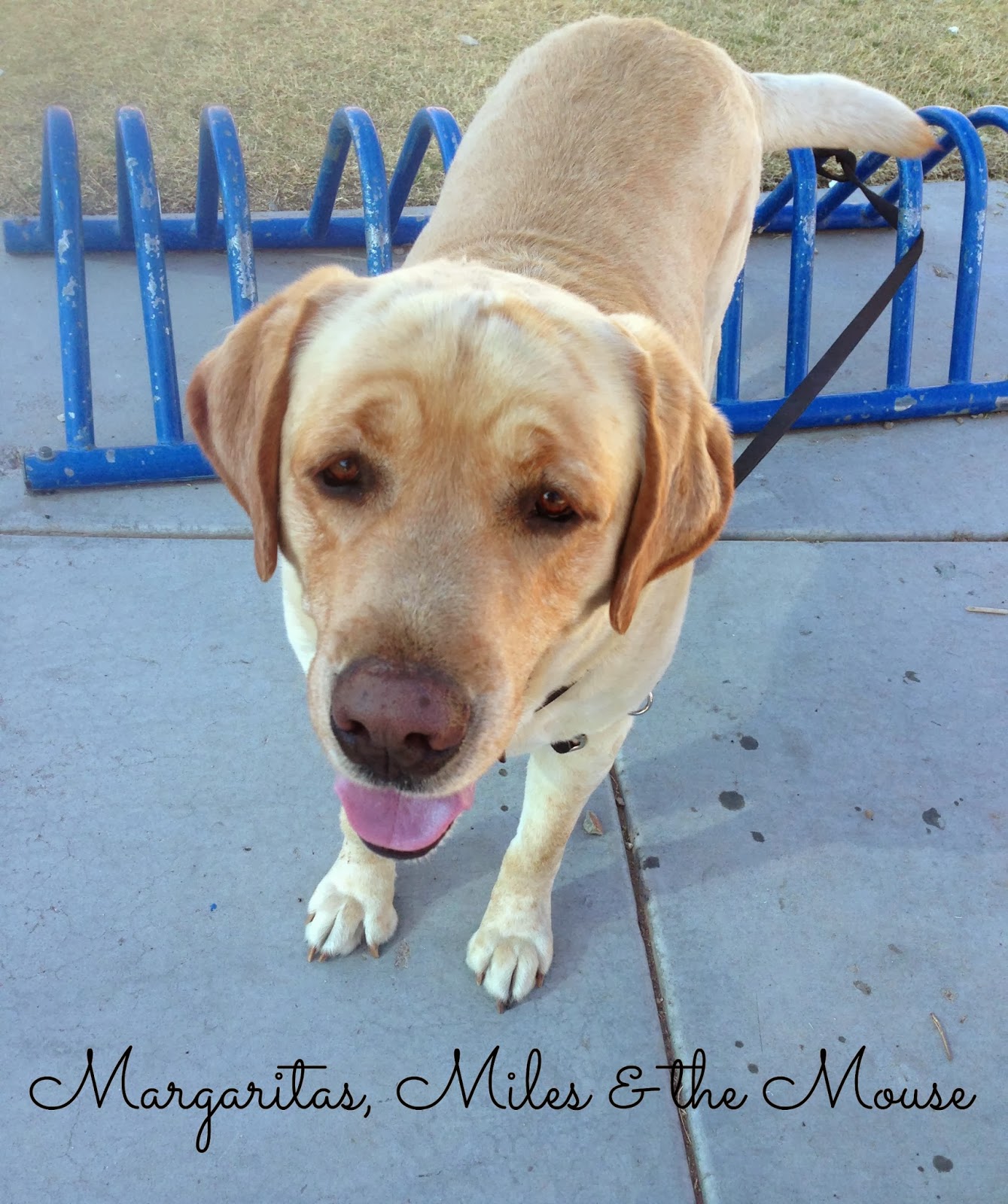 I took this picture at a flattering angle.? In reality, y’all, he’s one fat lab.? He wasn’t always so tubby, but he’s put on quite a few pounds in the past year or two and the doctor prescribed less food and more activity for him.? Yeah, sounds familiar.? So why not, right?? Ranger on the leash and #OhLucy in the stroller, and off we went like the wind!? Or not.

Errr… I really underestimated the poor dog’s fitness.? I mean, if *I* am smoking someone by mile .20 and they are walking instead of running…. that’s saying something.?? Dude.

The stroller thing, however, was going ok.? #OhLucy just kept asking about the park, and I kept avoiding the subject.? Literally.? I kept making turns AWAY from the park because I knew once we saw it, we’d be stopping our run.? She’s swing and slide obsessed.? I know, I know… I’m a terrible mother.? So mean and all that.? Yadda Yadda Yadda.? But I REALLY needed to get a run in and this was my only shot!

Ranger, however, was NOT going to make the 2-3 miles I had hoped for today.? The poor guy was begging me with his beautiful lab eyes to Just. Stop. Pleeeeeaaaaassssse.? Who can say no to that face? 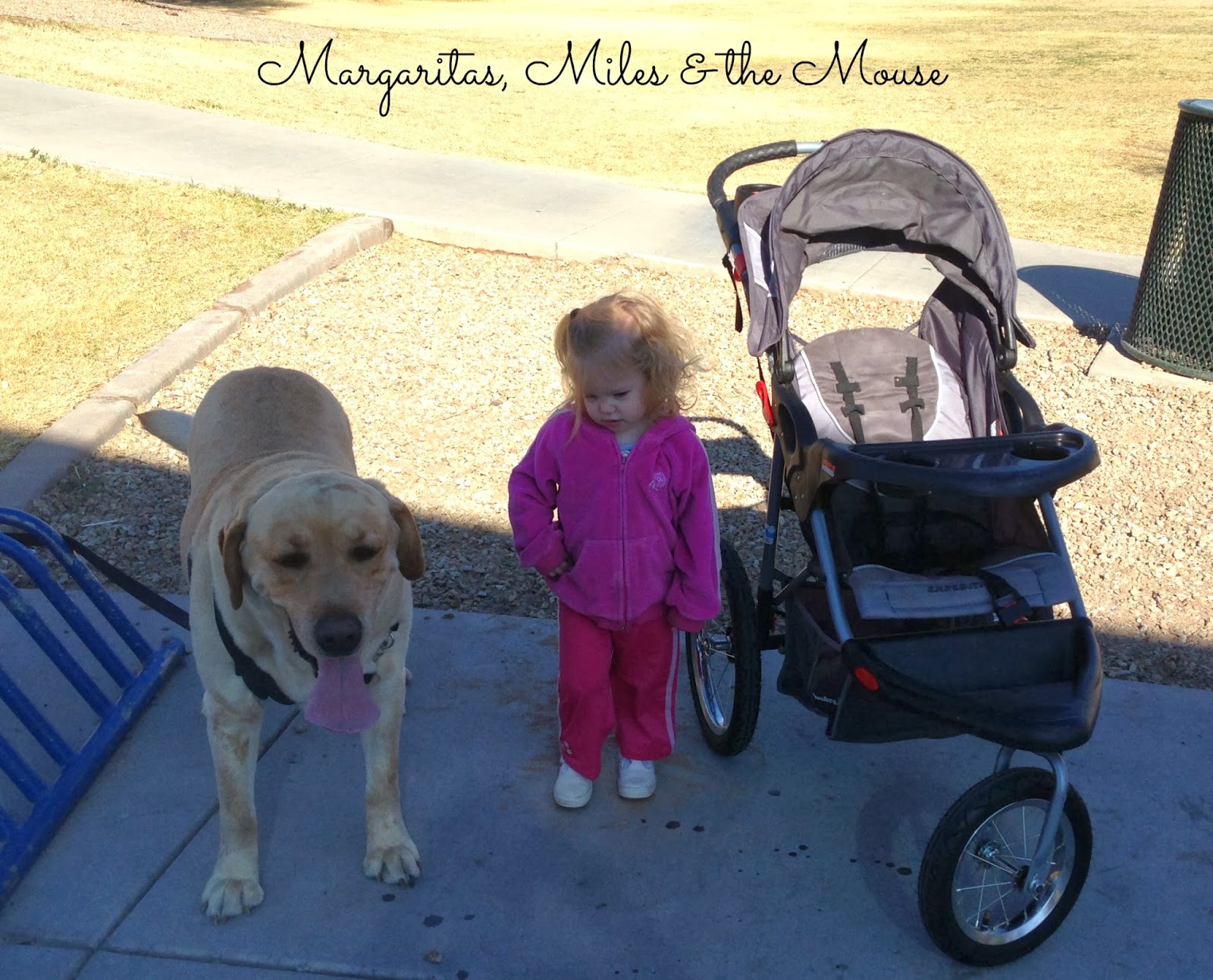 The moral of this story?? The dog needs to be eased into this whole “exercise” thing.? And my Dad needs to pinch hit for me on #OhLucy duty and let me run during her naps.? ‘Cause this whole running with a stroller plus dog thing?? Yeah… I’m calling Shenanigans. 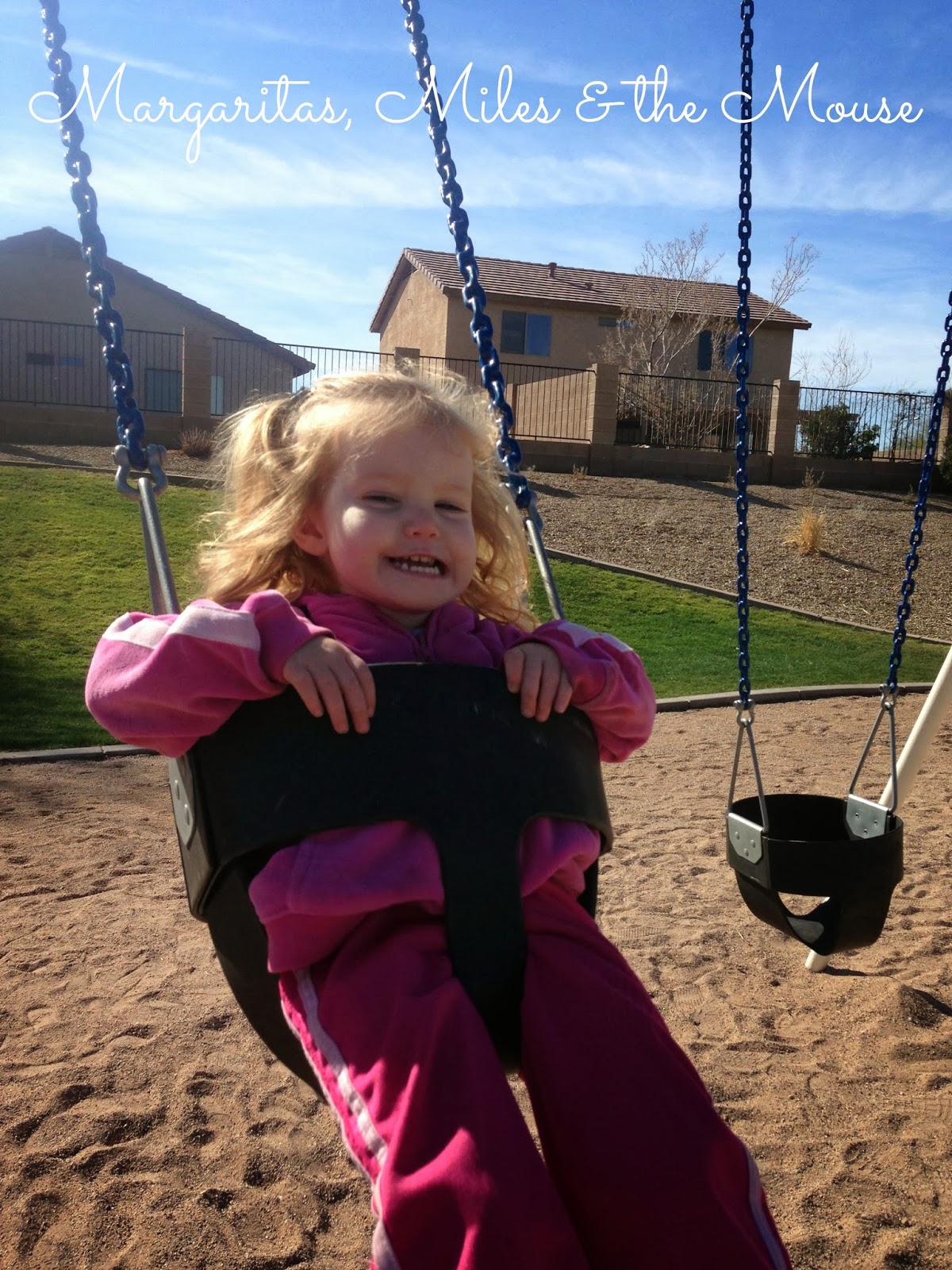 Do you like to run alone?? Or are you a fan of the stroller/kid/dog companions?

If your wonder mutt Lab is anything like my wonder mutt Lab, put him within the near vicinity of any body of water resembling a puddle, and suddenly they become Super Wonder Mutt! Kind of like how kids become angels if they think offerings of ice cream may be in their near futures...

Ranger looks a lot like our Sunnie - who Owen keeps telling me to take on a run and I haven't had the nerve!

Good luck finding your balance! When I run with my little guy, he's gotta have an electronic buddy...or else we have to stop at every interesting looking stick and puddle.

I thought about that. She will happily play the Disneyland App for 30+ minutes. Might be time to bring the ipod along for the run!

I would love to see that run with dog and kid! lol Hope your dad can help you out so you can solo run some

Thanks! It worked out ok yesterday. She took an early nap and I got a short run in while dad watched her. It's all about the timing! I really need my treadmill though- it's just so much easier when it's available to me!

I tried to run with my fat dog...I was DRAGGING her practically after just a couple minutes. Complete fail! I tried to run with the other dog (a Boxer) and he could keep up when he WANTED to, but more often would see a squirrel, or a leaf or just AIR and STOP dead in his tacks, causing me to nearly fall on my face. Dogs and running...no thank you!

EXACTLY Karen! I know there's people that adore it, but I am not a fan.