If you are like me, you’re already freaking out about the Halloween store emails and have at least one friend on Facebook announcing that costumes have already been purchased.

If that’s you: lawdy, really? I admire your?organization skills!

Halloween is awesome (even if I have major last-minute costume issues) and there’s no better place to spend it than Disneyland.

If you managed to snag tickets to this year’s sold out event, here’s what you need to know before you go. 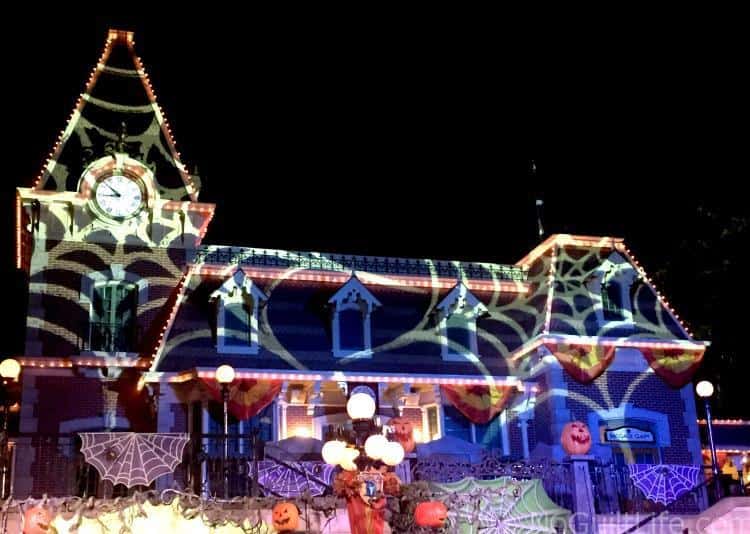 My family has attended the event three times and I have a few thoughts on the event.

Some good, some not so good. More on that in a bit.

But I have tips for Mickey’s Halloween Party at Disneyland that will help make yours the best time ever! 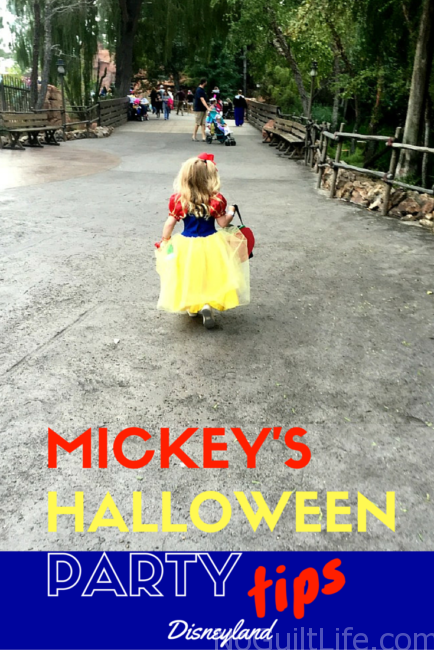 The closer your preferred dates are to Halloween, the sooner the tickets will sell out.

In fact: the tickets did sell out this year and FAST. 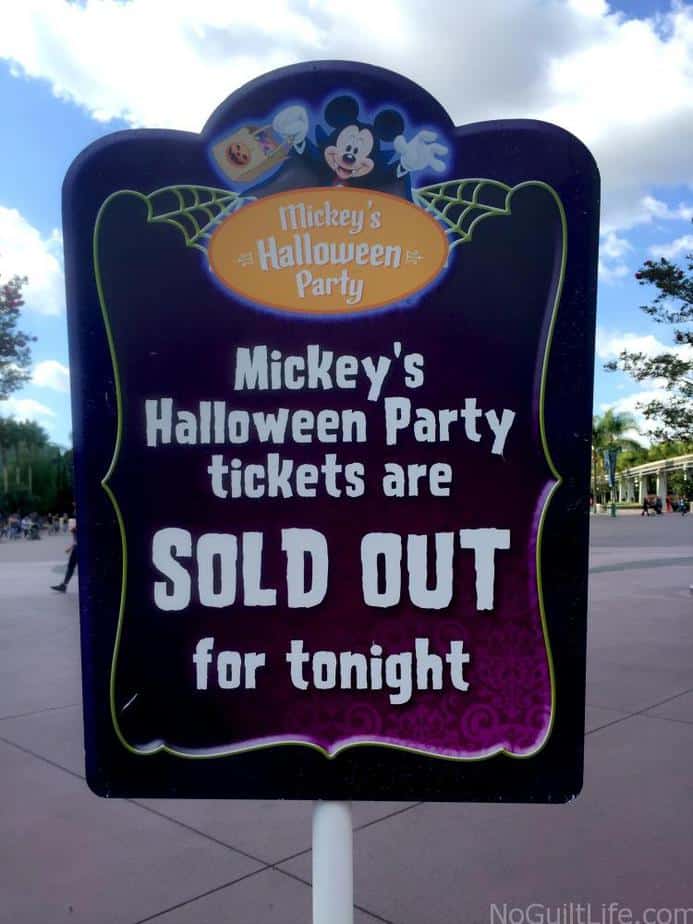 You can enter Disneyland with your party ticket up to 3 hours before the start of the party. That’s 3 extra hours to ride all the rides and eat all the snacks.

Don’t waste them by dawdling on over to the gates. Get yo’ money’s worth!

People leave right after the fireworks. Like, in droves.

And that’s prime riding time?if your family can stay up for it!

Why? Because it’s fun!

We’ve dressed up the past couple of years and everyone gets a kick out of it. My husband and I included.

I’ve been Marian from Indiana Jones, Sadness from Inside Out, and the Evil Queen. 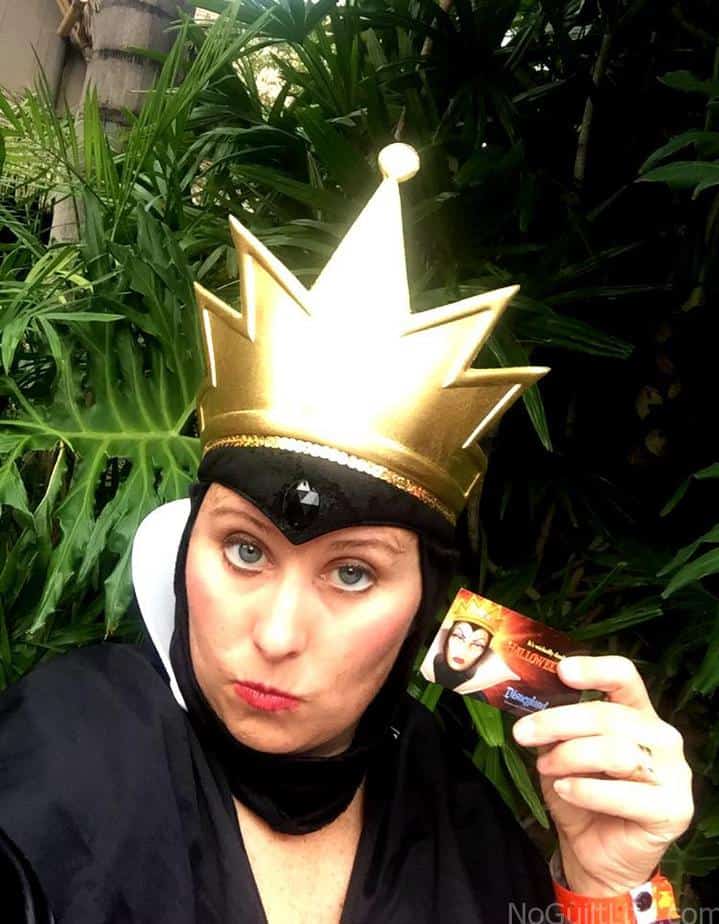 I’ve seen some truly spectacular costumes at Disneyland. Everyone seems to go all out.

But I say you should still dress up. It’s part of the fun and gets your whole family into the mood.

For Guests Ages 14 and Older

Capes may be worn if the length does not go below the waist.
Themed T-shirts, blouses, sweatshirts and hats are acceptable.
Acceptable accessories include: transparent wings, plastic light sabers, toy swords and tutus. Headwear may be worn as long as it does not cover the face.
Masks of any kind may not be worn.
Guests who do not adhere to these guidelines may be refused entry into, and/or removed from, unless his or her costume can be modified to meet the above standards.

Toontown is the first area to open for the Trick or Treat stations. 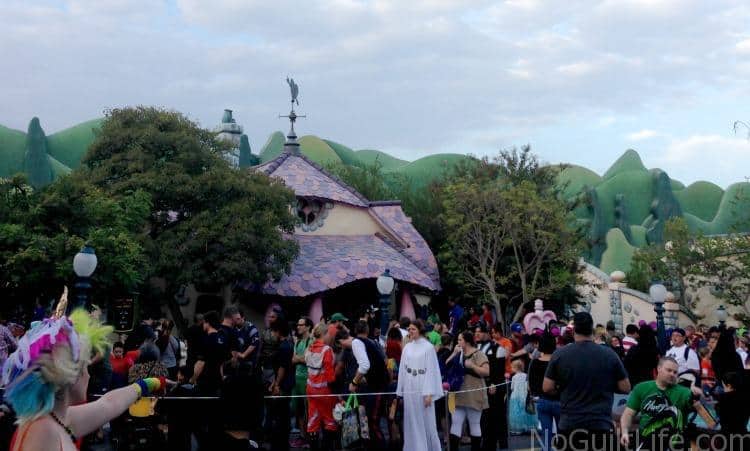 We made the mistake of heading in at opening and basically got trapped inside.

Meanwhile, the other trails started to open and had no lines.

I know this because my sons decided to ride Big Thunder Mountain instead of Trick or Treating and let us know how empty the rest of the park was.

Which brings me to the next point…

There are some awesome overlays happening during Halloween Time. This means a couple of your favorite rides have a distinct Halloween flavor to them. It makes the experience very different than the traditional attractions.

While the party is going on, the lines are low! You can ride Space Mountain Ghost Galaxy with very little wait.

And you’ll never see a Haunted Mansion like this one: 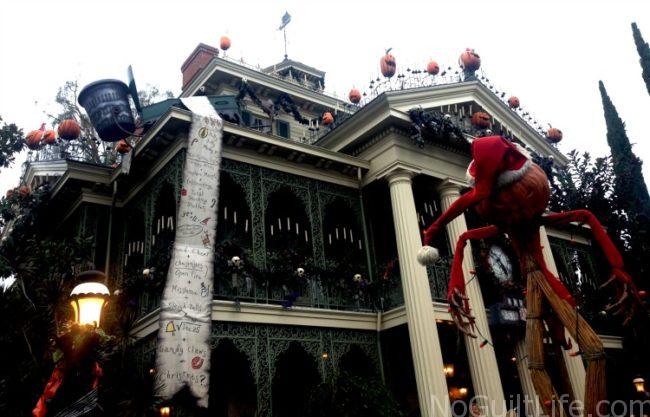 The candy will wait- and they won’t run out. Trust me!

The Villains on the Square?

We walked up just as the lines were being closed and missed our chance to take pictures with the Villains. There were 4-5 of them available for pictures and autographs and you can see the schedule on your parks guide or Disneyland app.

If you are a fan of the baddies, then you want to line up early for this encounter.

While we missed the official interactions, we were lucky to have a fantastic time with Anastasia. She found Lucy sitting on the curb and took her hand, chatted, talked, danced, and twirled with her.

She found Lucy sitting on the curb and took her hand, chatted, talked, danced, and twirled with her. 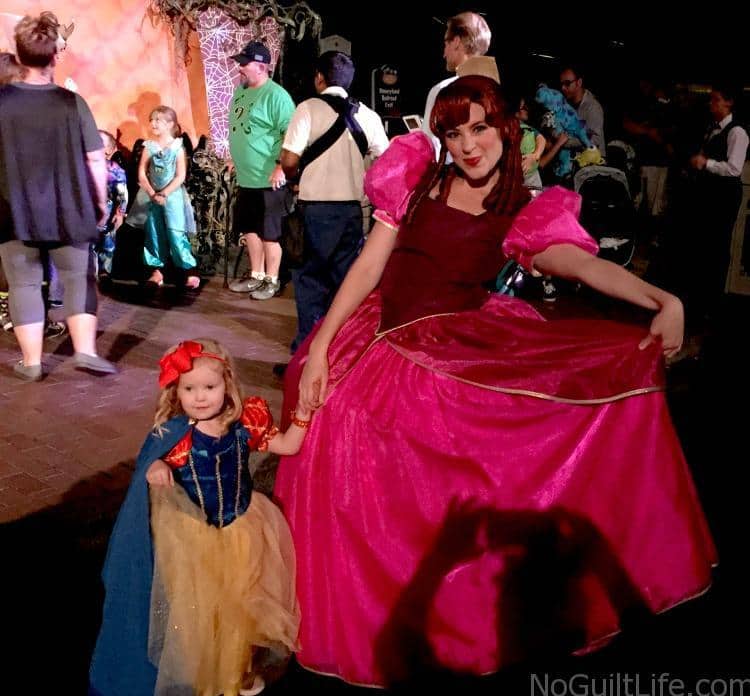 Watch the Parade and Fireworks

New in 2016: the Frightfully Fun Parade, exclusive to the specially ticketed Halloween party.

With Jack Skellington, the Pumpkin King leading things off, you know this will be a spooktacular event.

Grim Grinning Ghosts, Dr. Facilier from The Princess and the Frog, the Evil Queen, Jafar, and Cruella will be present as well. This one’s going to be good, y’all!

I had a chance to see this last year and it was FAB!

If you can stay awake for it, that is. 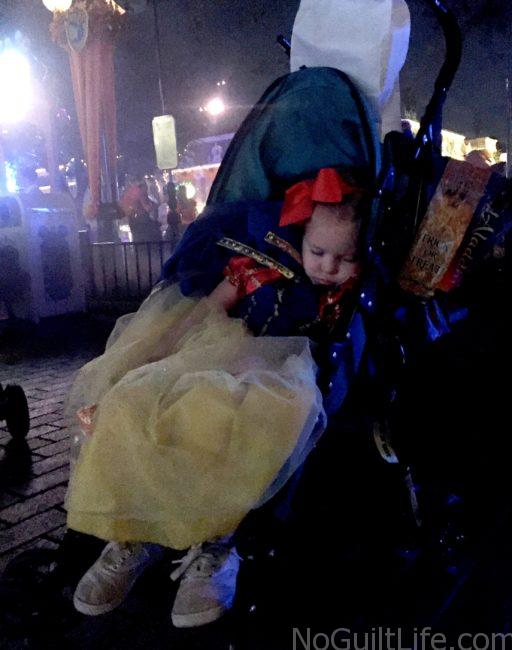 Additional tip: get your little ones down for a nap before the long night of partying ahead! Lucy fell asleep minutes before the parade started.

Halloween Screams fireworks go off behind Sleeping Beauty Castle and are impressive. I love love love them!

The music and atmosphere make these fireworks a spooky end to a not-too-scary night.

Go ahead and pick a spot on the square or on Main Street at least 30 minutes before the parade starts to ensure you can watch both special events.

You may have caught it earlier when I said I wasn’t planning on going back to the party.

The main reason isn’t the cost for me; it was due to the crowds.

The first year we went, it was pretty well attended, but not crowded. We marveled at how much we were able to enjoy the party and enjoyed short lines.

Last year I went to two parties and it was wall to wall creeps (a little Haunted Mansion humor) both times.

The lines were stupid long for candy and characters, two of the main things my family wanted to experience.

We were able to ride plenty of rides, but getting around the park was intense due to the size of the crowds.

I have no idea if it will make an impact, but the pricing of the tickets went up quite a bit this year.

Based on a recent Disneyland trip that saw lower crowds than I’ve seen in a year, I can’t help but wonder if the new pricing structure is to thank/blame for that. 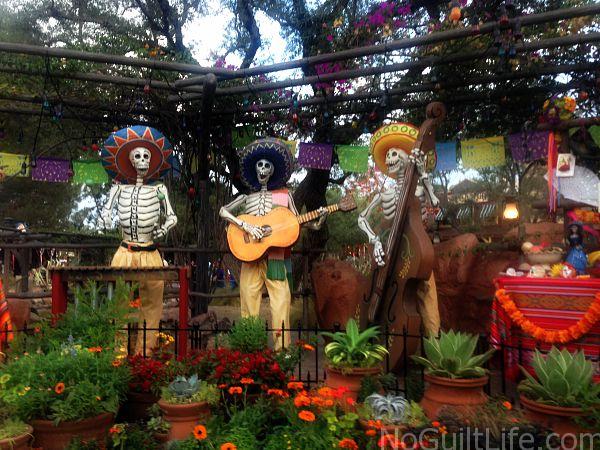 The stand-alone ticket party will be held

Will you be attending Mickey’s Halloween Party at Disneyland this year?

[…] its counterpart at Walt Disney World, Mickey’s Halloween Party at Disneyland is a separately ticketed event with trick-or treating, spooky(ish) decorations and lots of […]

We just went Tuesday beginning of October and it was a packed, sold out party. Way too many people.

Wondering what dates you've attended and the crowds were bad. Both times we've gone on Halloween night and the lines were nothing for candy or rides. We just went last year. We're considering going another date this year but if we've been lucky with the Halloween night crowds may skip it.

I went on a Monday night in early October and a Wednesday night around the 17-18th last year. Both parties were crazy packed! The early one wasn't as bad.

How To Halloween At Disney - Traveling Mom

[…] My tips include skipping Toon Town (trust me on this!) and waiting to trick or treat until a little later. Here’s why. […]